“Always Be Checking In” – Boston Rob

Building a successful startup is a social game. All the crucial points in your startup’s life are social – convincing investors, understanding what your users are looking for, and even handling your co-founder or best employee who wants to quit just when you need them the most. One of the places I’ve learned the most about playing a social game is the reality show Survivor.  It has all the right startup ingredients – leaders and followers, heroes and villains, players who stay cool all along and those who lose their sanity. The most interesting thing about Survivor is that it gives a different perspective about who is a ‘winner’ and how a social game can be played. Some of the winners are young, fit and charismatic but most of them are far from it. Some win by leading from day one, but most win by being everybody’s best friend, not being a threat, and staying under the radar till the end – much like startup CEOs. This is far away from the model we are used to thinking of. Yes I know, it sounds better to share lessons learned from industry leaders or historical figures than from reality stars, but a social game is nevertheless about the losers and that’s one place to see not just how people win, but why they lose.

Rob Mariano “Boston Rob” is (by far) my favorite player. Mainly because he played the game four times, getting better from one season to the next, changing and testing different strategies all the time – just like a serial entrepreneur. It took him four tries to win. In his last season (which he won) he played a perfect social game, he wasn’t as fit as he was in previous seasons but you could see he spent the past few years planning each move, figuring out the right answer for any situation. He felt like a fourth time entrepreneur who has seen everything before. One thing that he did differently and was a huge part of his strategy was, in his own words – “I’m constantly checking in” (please read in a Bostonian accent). When he said these words, it struck me that this is the one thing entrepreneurs hardly do. Rob wasn’t just going forward with his strategy, but he kept coming back to check that everything is going on track. He talked with everybody, all the time, even a couple of times a day, not waiting for his strategy to break, but making sure nothing began to crack. 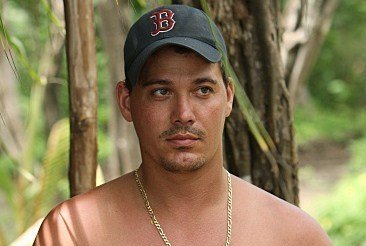 I found out that there are two main things I do as an entrepreneur – I initiate new plans and projects (my very favorite) and I put out fires (well, that’s startup life).  That’s what most of Survivor players do as well – build strategies and alliances and deal with problems when something goes wrong. That’s why most of the good players lose.
I decided to start ‘checking in’, watching for small cracks in my startup instead of not noticing until something is broken. I make sure that things I think that work, actually does. This strategy led Rob to win and led me to avoid some crucial mistakes and improve my startup. Here’s how I practice this strategy:

I check in with my employees/ co-founders every 2 weeks or so. I’m not a big believer in ‘one on one’ meetings, especially in a small startup, it tends to become very artificial to schedule a weekly/ monthly with someone you see every day, all day. But, every two weeks, I check in, asking if everything is OK, asking employees how other employees are doing in their opinion, asking what is the one thing they would like to change or are worried about. It helped (well, saved) me countless times – finding out that someone is about to quit, that some teammates are not getting along and it affects team productivity, that someone feels he was deserved a promotion over someone else.

I check in with customers –  other than asking about new features or handling complaints, I set some time to see how customers I interacted with before are doing and what has changed since.

I check in with my investors – yes, it’s usually a good sign when your investors don’t contact you too much assuming things are going well. But, you definitely don’t want to learn any kind of news when it’s too late or to contact your investors after a long radio silence when you have bad news to share (and as a startup, at some point or the other you will).

I check in with my product –  I used to do the design-develop-ship cycle and then either react to what users say or plan the next version when it was time to do so (initiating new projects and putting out fires). Today, I try to go back to the product every two weeks and think what’s  working and what’s not. Even if I’m not going to change it before the next version it’s an entirely different process which brings up better ideas.

I check in with people I no longer work with but like. It can be a certain service provider that I’m not working with right now, a former employee or customer. Checking in every 2-3 months makes a huge difference.